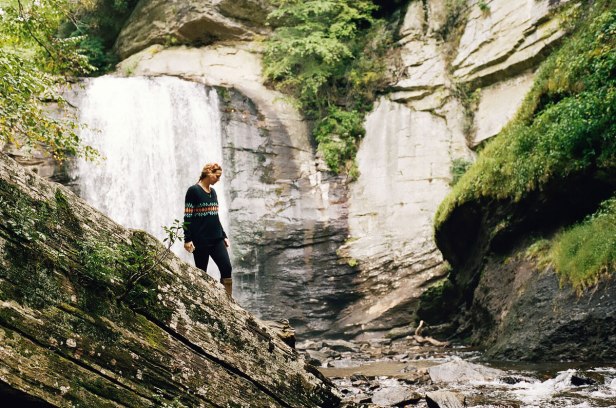 Last weekend, I was able to tag along and head out to Asheville, NC for the first time.  The vibe of the city reminded me of Berkeley and Santa Monica, except that it was nestled in the valley of the large mountain range.  I would say that it’s one of the most liberal and free-thinking community in all of North Carolina.

On the outskirts of the Blue Ridge Mountains is Looking Glass Falls.  Transylvania and Brevard, NC which is only a few miles away from Asheville is home to 249 waterfalls.  Looking Glass is one of the most beautiful. 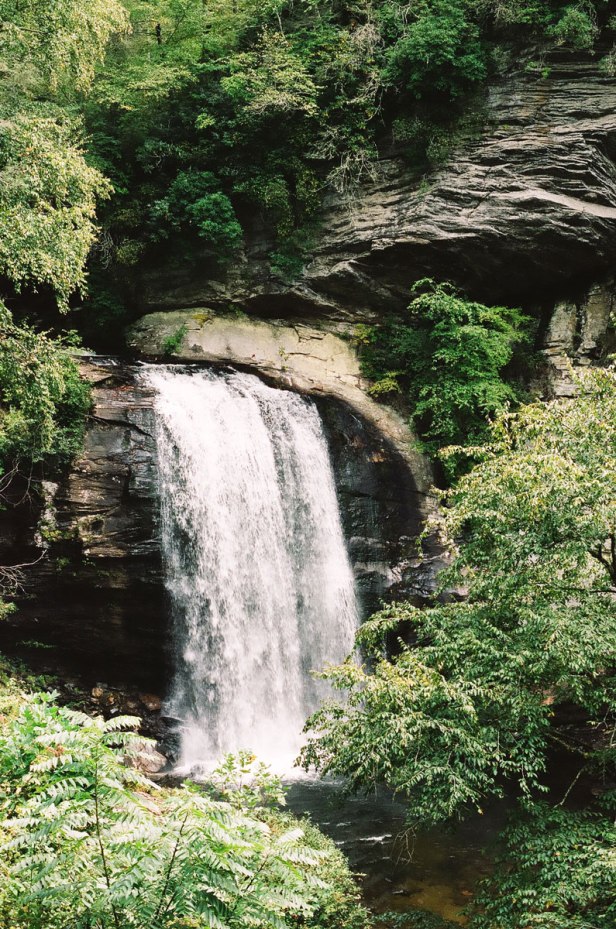 I definitely want to come back here in the summer and take a dip in the waters.  It was too chilly even at the end of September. 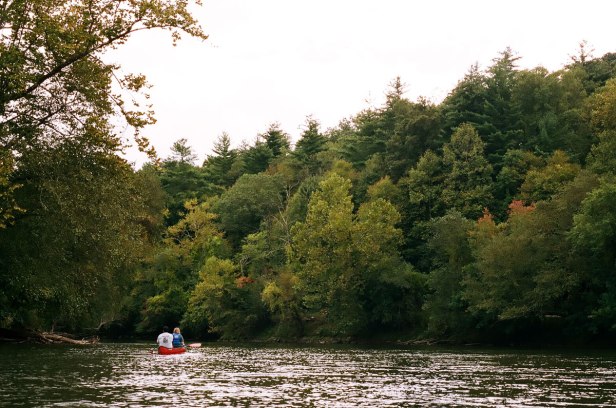 Kayaking on the French Broad River

If you’re an outdoorsmen than Asheville is the place for you.  It’s surrounded by beautiful forestry that experiences all 4 seasons.  If we came in October, we would have seen brilliant oranges, reds and browns in the distance.  The trees were still quite lush in September.   We followed the river for about 8 miles and even saw the Biltmore Estate over the right bank. 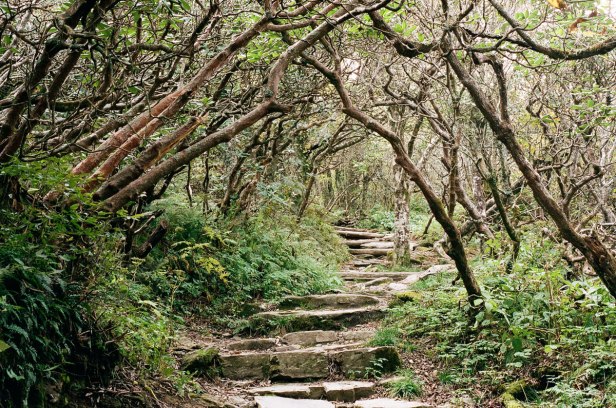 Miles of trails to hike on.  This was like heading into the Shire, by the time we reached the peak it was just too foggy for good photos.  But Craggy peak has some of the best views of the Blue Ridge and I hope to come back when the skies are clearer.

And of course it’s great to go with someone who enjoys nature and photography as much as you do.

Travelers in this area add their stone to the pile as they pass.  i managed to sneak a small one on top without disturbing the equilibrium.

It’s nice to have my picture taken too sometimes.

That’s it for the photos taken with my old Nikon FE.  I rarely shoot film but I thought it would be a nice touch for a vacation like this.  All shots above were shot with a Nikon FE and a roll of Kodak Portra 400NC.  This isn’t exactly the best film for landscapes, but I love the muted and neutral tones that it gives the scene.  The following photos were taken with a Canon 60D and the brilliant Sigma 18-35mm f1.8. 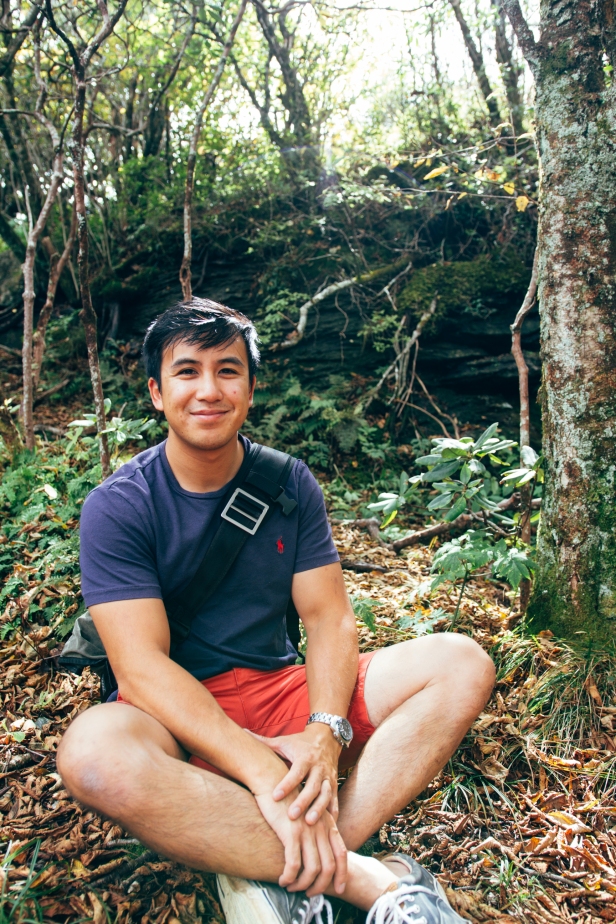 After a mild hike, we found ourselves a little plateau hidden in above the rest of the trail for a breather.

And we found this awesome looking tree stump overlooking the creek below.

But there are some trails where you just have to drive to get to…after the pavement ended, this gravel road went on for another 8 miles, which felt like an eternity to get back onto the Blue Ridge Parkway.  I was surprised my trusty C230 even made it up on this climb.  We stopped to take a look at another waterfall below us.

And the countless trees in the canopy above us.

We made it to the top of a lower peak on another part of the mountains when the sky cleared up.  It was a gorgeous site…but it wasn’t as gorgeous as seeing the mountains going 60mph down a zipline. 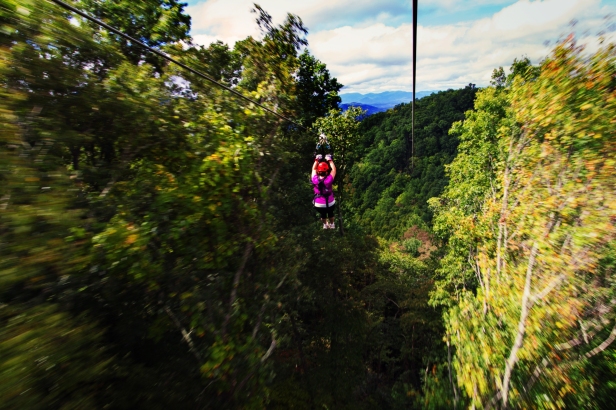 This was definitely the highlight of the trip, I just wished these zip lines lasted longer.  In front of my was my girlfriend…but to the right of me was this…

Holy shit…and to the left of me was this…

Simply gorgeous.  There are no words, just look at the photos.

Of course, there were the shops in Asheville itself which basically was just one big ole cute Etsy shop.

Before heading out for some fancy dinners.

Asheville will be missed, I hope to return soon.