For those who choose to travel on the road less traveled

I commute on some of the worst roads possible, rocks, pebbles, pot holes, glass shards, minute car parts strewn around and uneven pavement for about 60% of the way to school.  Some spots are downright treacherous since there are no bicycle lanes which forces me to be on the very right edge of the road where all the gunk is.  You know that off-white color path that is right next to the curb?  Yeah, that’s where I find myself when the roads get really tight and i don’t want to be hit by a car.

After my stock Kenda tires got completely shredded up over a 1 month period and then eventually getting 2-3 flats the next month, I decided to upgrade to something with a bit more protection.  I bought a pair of Bontrager R1s, but I did not have too much luck with those either, plus they were heavy and slow even when pumped up to the maximum, for some reason they always felt a bit mushy despite being hardshells.  After getting the same results with a guaranteed 2 flats per month, I finally resorted to looking online and scouring the forums for suggestions.  What the internet giveth…it also taketh away.  There were so many suggestions and conflicting accounts that I just didn’t know what to make of it.  Specialized Armadillos? Gatorskins? GP4000? GP 4S?? Michelin Ultras?  Thickslicks??  The thing I realized that these are all excellent tires for commuting, but there was one that stood out for being rather light as well for speed.  I own a road bike for a reason and I want it to be nibble and fast.  I didn’t want anything larger than 700×25 either.  Of course there are larger 28/32 tires that could withstand a direct nail probably but tires like that wouldn’t give me the handling and lightness that I wanted.

Enter the Gatorskin, they’re relatively cheap costing around $40, easy to find and contain soft rubber protected by a really durable inner anti-puncture strip.  They are a pair of tried and true commuting tires.  The only other tire I think that beats it is the Continental GP 4seasons which is quite a bit more expensive. Continental is renowned for for their black chili rubber compound which they put into their premium line of tires, the GP4000s.  Despite the Gatorskins not having black chili, the engineering used to create their tires is more of less the same so I knew I was getting a quality tire for my needs.  GP4000s most likely has marginally more grip than the Gatorskins, but not enough for me to tell the difference.

I’m not going to get technical with TPI and cross stitched membranes etc, I’m just going to tell exactly what you need to hear in order clear up all the uncertainty on the internet.  Ride the Gatorskin Ultra (folding bead) or Gatorskin Hardshell with confidence.  There you go.  If you decide to choose the Conti Gatorskins, know that they will not let you down. Period.  They’re grippy (it’s hard to fool around and skid with these tires because they’re so grippy), can withstand very tough roads and they’re light, taking off from a start is not difficult at all with them.  They’re also very smooth and quiet. 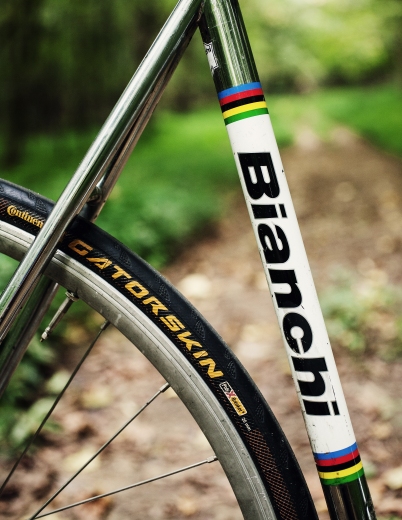 And overall, they’re just damn good looking tires!  Go get them and don’t even think about tires again for another 3,000 miles!